Laelia purpurata is among my favorite orchids, and its flowering signifies to me the end of spring and the beginning of the approaching summer season.

Few orchids match the magnificence of L. purpurata, native to Brazil, which appears in many different varieties. I vividly remember the first of these that I ever saw, back in 1985, in San Diego. It was L. purpurata variety carnea (see photo below), and its flowers were among the most spectacular that I had ever seen. Make no mistake about it, at up to 30″ high (not including the flower spikes), this is no windowsill plant; but if you have the space and the light to grow it, these orchids can be quite rewarding.

L. purpurata, which has been renamed multiple times in the last few years and might be listed as Cattleya purpurata or Sophronitis purpurata, flowers in the late spring (generally in late May into June for me) and a blooming size plant can fill an 8″ pot with as few as a half dozen or so growths.

The first plant pictured is L. purpurata variety anelata ‘Waterfields Corona’, a clone of an awarded plant, and this single spike has 8-flowers. This is the first in my collection of L. purpurata to flower this year, and as May rolls into June more and more varieties begin to bloom. 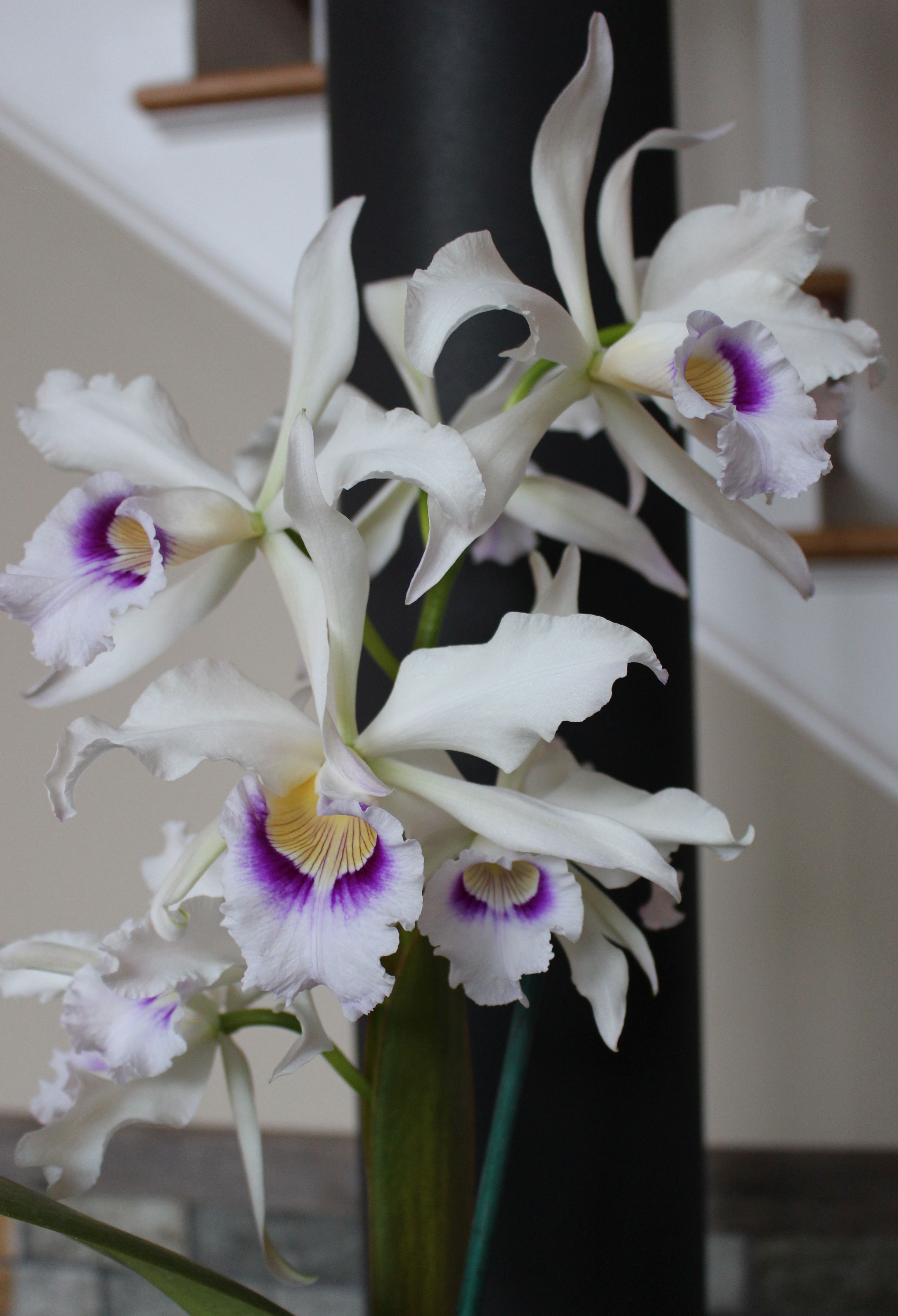 The next photo is L. purpurata var. flammea that I got from Jack Webster’s collection after he died. Jack and I both shared in the passion for L. purpurata and this plant has a special significance to me. 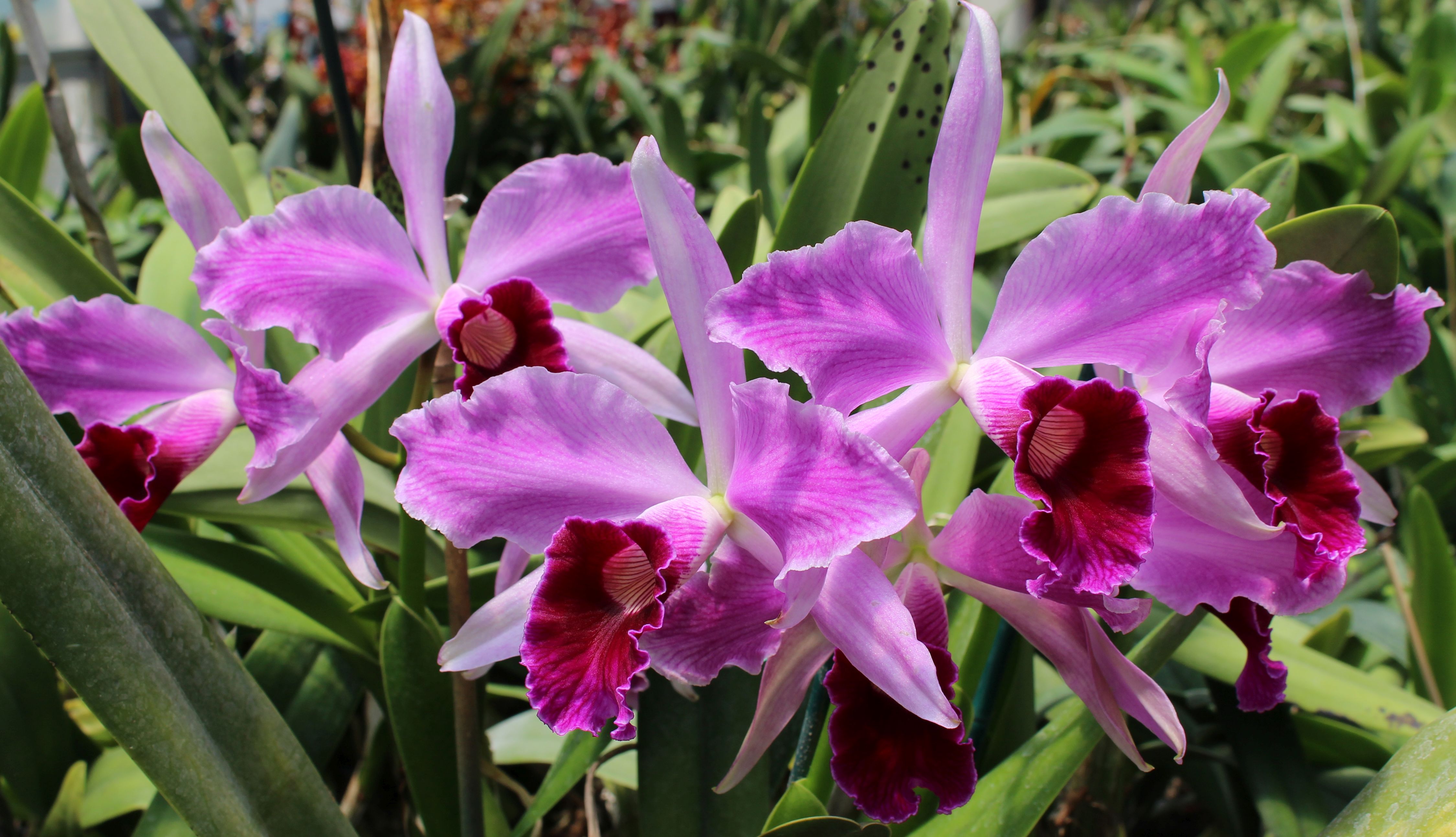 Next we have L. purpurata var. schusteriana. The color in the throat against the white flower is absolutely breathtaking. 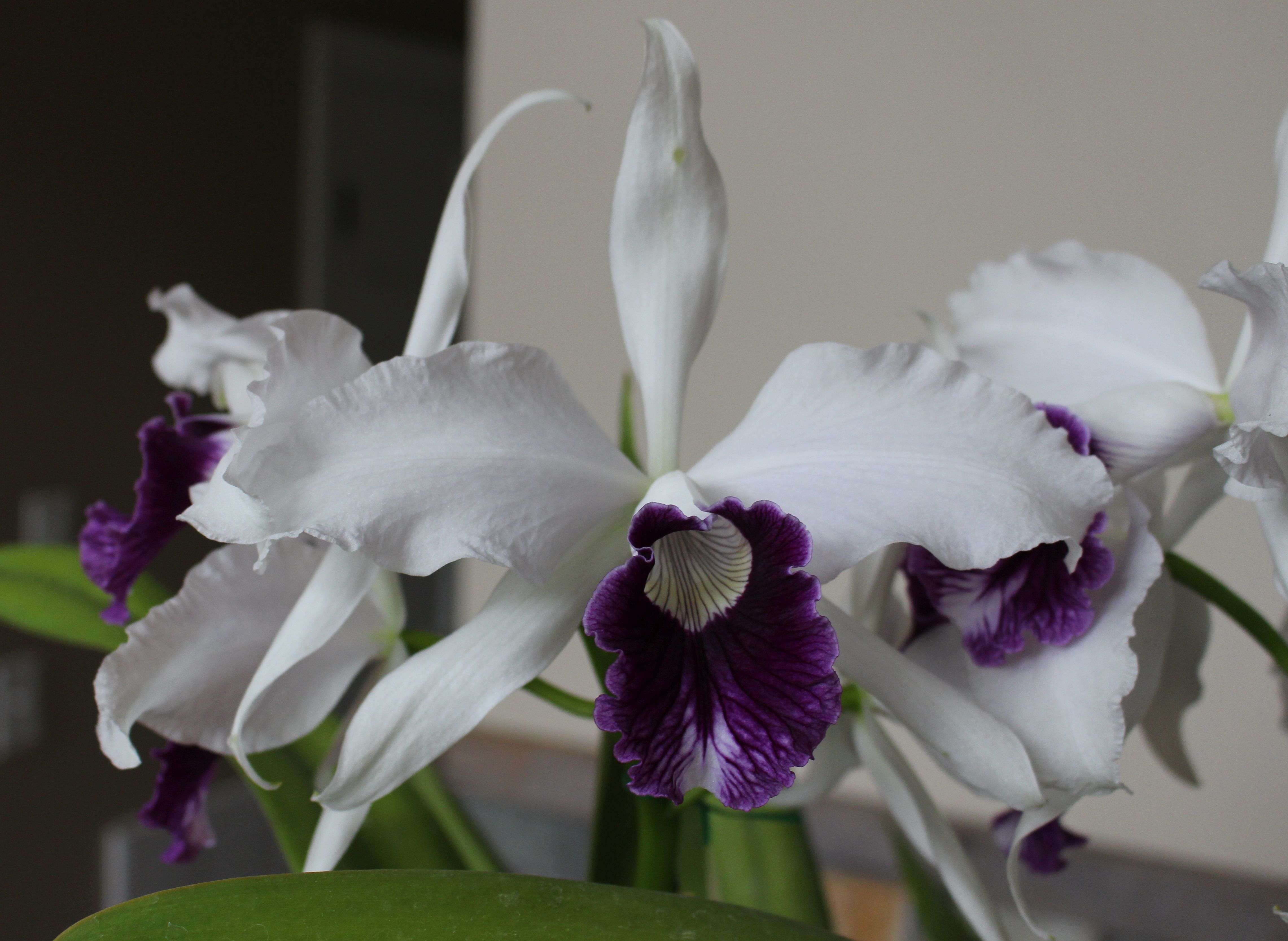 Next is var. carnea, still my favorite. 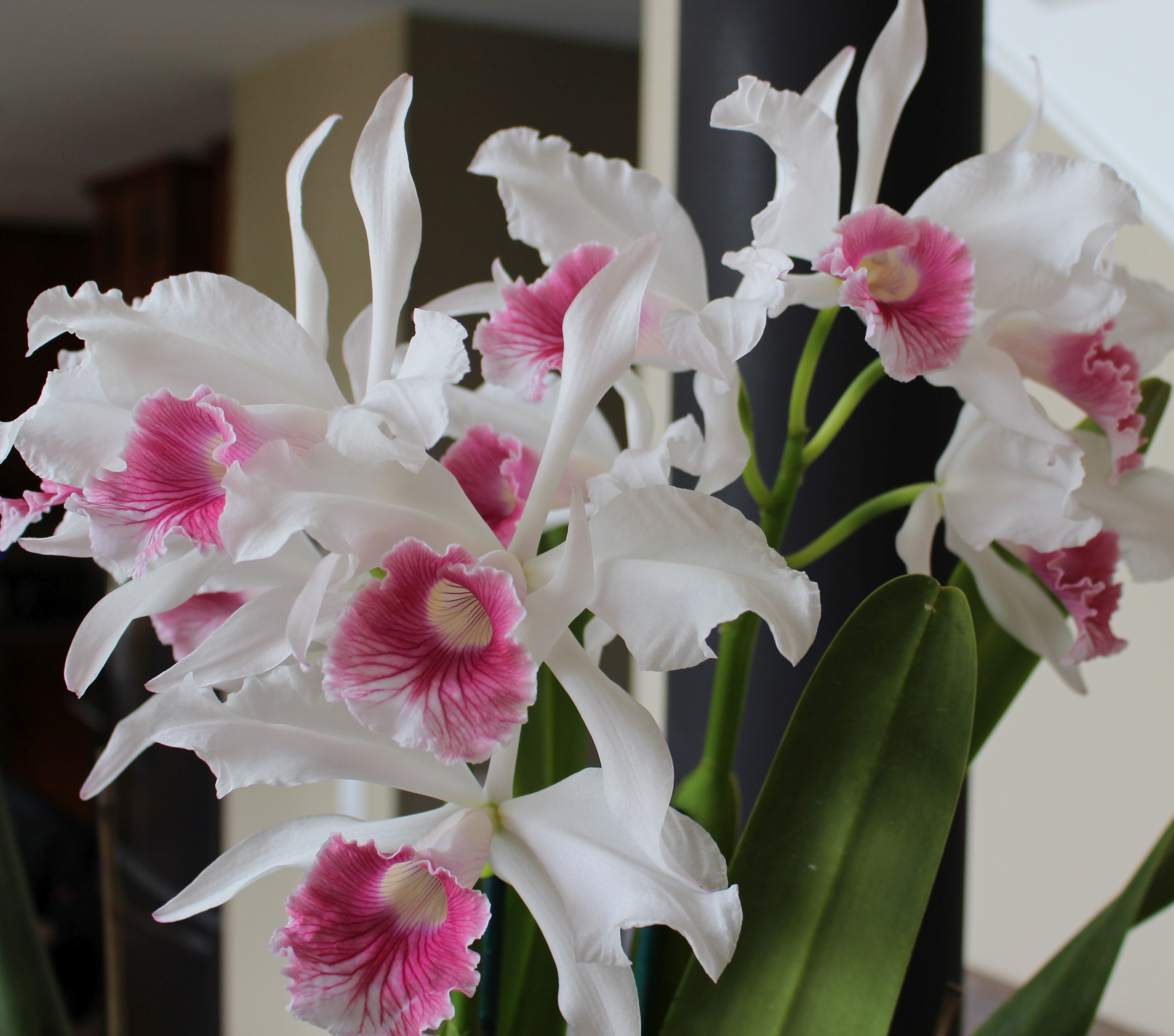 And last but not least is var. striata with 3 stems of flowers that just happen to naturally be arranged perfectly. That is an additional advantage of these plants is that they have strong tall stems that often do not require much staking to show off the flowers perfectly. 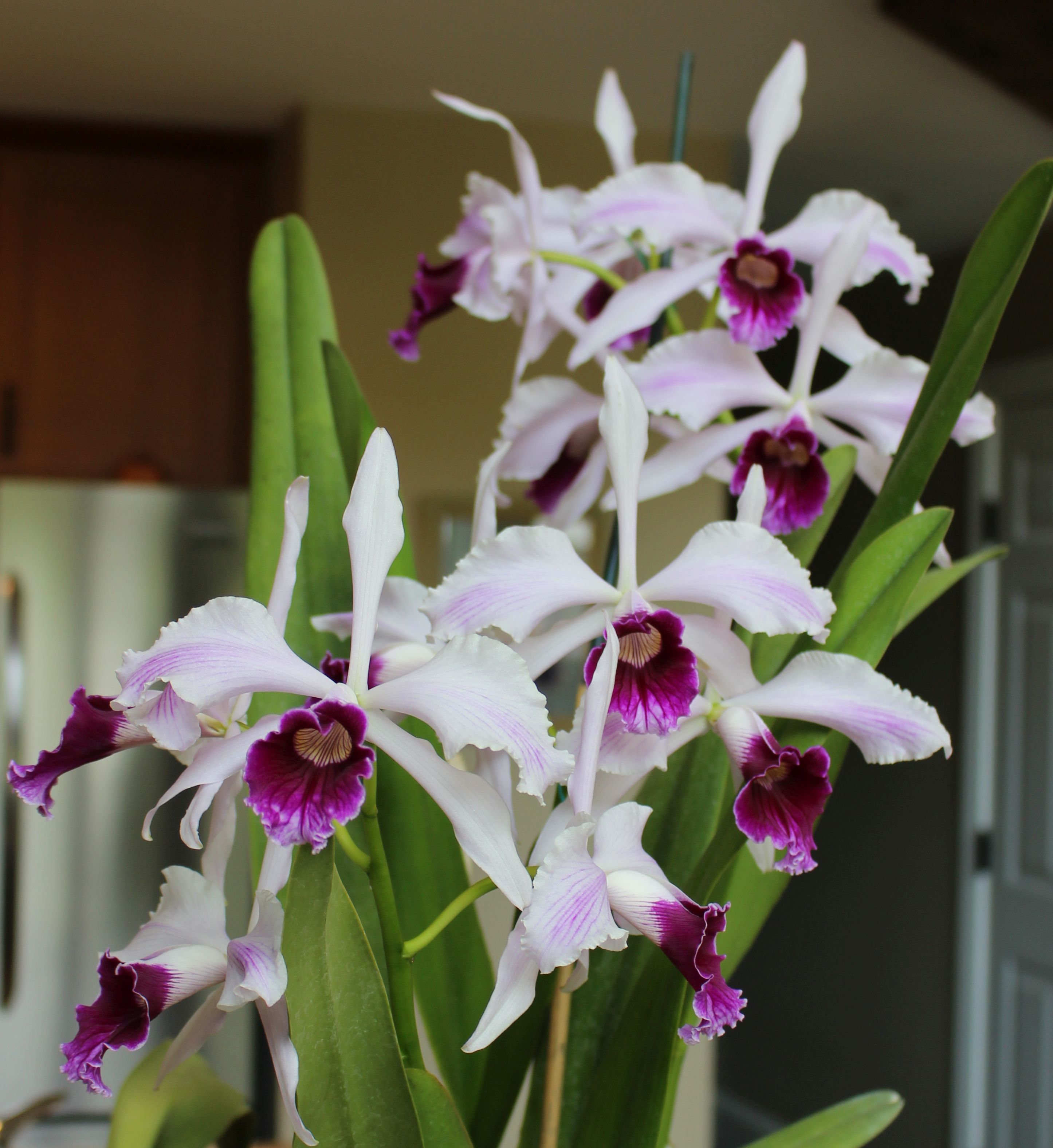 Bob has been growing orchids since 1985 and commercially since 1989. He has had several orchid articles published in the AOS Bulletin, AOS Culture Guide, and in Orchids Magazine. He currently resides in Chapel Hill, NC and runs Carrboro Tropicals, Chapel Hill's only provider of locally-grown orchid plants. View all posts by Bob